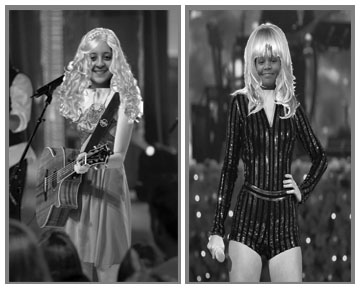 Bengals from Both Angles – At Issue: Musicians dabble in different genres

There is no doubt that “pop” music is popular.

A lot of musicians, not classified as pop, sometimes dabble in the genre. But one might wonder whether those musicians have given up on making it using their own genre or if they just decide to try out the pop sound.

Pop songs give a feel-good sound.

People want to seek out something that makes them feel good. Pop is an easy way to get that upbeat feeling out into the world and to fans.

Getting involved in the pop genre can advance careers. Artists do not “settle” for pop; they experiment with it to see if maybe this could be their new sound.

Artists who try out the pop genre are not sell-outs. They are simply just trying  something new and expanding their horizons as musicians.

Panic! At the Disco, for example, has been known to change its genre every album, giving themselves a new sound. The new sound attracts all types of fans.

Recently, the band made pop music aired on the radio which gives them a chance to gain more popularity and make new fans.

Another band who has dabbled in pop music is 5 Seconds of Summer.

Their first album was very punk rock. Their second and third album was more on the pop side.

Their most recent singles are more, in technical terms, resembling an industrial side. The band had gained thousands of fans during their pop era and are back to their punk sound.

Again, like P!ATD, 5SOS made it onto the radio with their pop songs.

Although it might seem like “pop” is just an easy way to gain success, it is not. It may be a just a way of boosting careers and expanding artists’ horizons.

Just because an artist is classified as “rap” or “punk” does not mean they are not allowed to try out “pop.”

Musicians are musicians for a reason; they love music and want to produce songs.

Bengals from Both Angles- At Issue: Musicians dabble in different genres

Pop music is the new sellout.

In recent years, a lot of modern rock bands, including those within the pop punk genre like Fall Out Boy, Panic! At the Disco and All Time Low, have shifted to a more mainstream/electro pop sound that is too far from where they used to be.

In terms of music or art, selling out is when an artist attempts to tailor material to a mainstream or commercial audience.

A lot of the common traits I’ve heard among these latest releases are programmed drums, super-processed vocals, heavy layers of synths, and near inaudible guitars and bass.

For example, Panic! At the Disco just produced a song called “Me!” with pop singer Taylor Swift.

And Panic at The Disco’s newest album “Pray for the Wicked” is pop compared to older albums such “A fever you can’t sweat out.” I personally have not spent much time listening to the new album because it is so different from their original, alternative style.

In addition, Coldplay shifted its style because their sound became stale, according to fans, and they tried to stay consistent with more mainstream pop.

Nevertheless, Coldplay raised eyebrows for years about whether they are pop or rock.

They started as a soft art-rock band with their first album “Parachutes.” They followed up with a fantastic rock album “A Rush of Blood to The Head.’’

There is a fear that Coldplay will very soon lose its style altogether and take a long time to recover to the original style that fans know and love.

Paramore changed music genres to become more mainstream, yet punk hit “Crushcrushcrush” is clearly rock. I don’t see how that can go any other way.

“That’s What You Get” has pop and punk aspects, but I don’t classify it as a rock song because during this time Paramore experimented with different music sounds.

I predict that rock music will die in the next few years as more bands abandon the genre and become involved in the game of switching to pop.