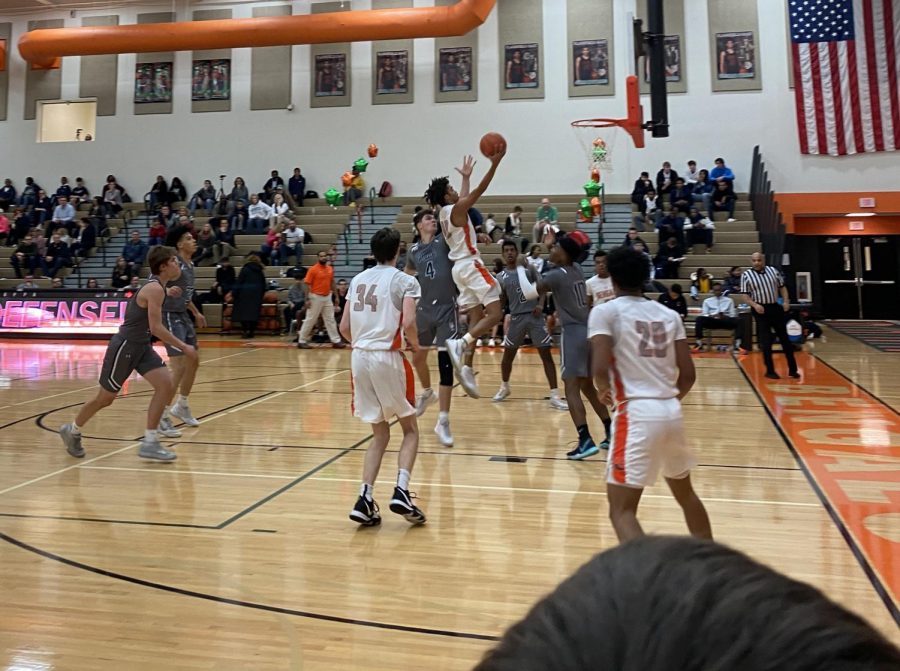 Great players such as the late Kobe Bryant have described the sport of basketball as their haven. Kobe Bryant said, “Basketball is my refuge, my sanctuary. I go back to being a kid on the playground. When I get here [on the court], it’s all good,” according to Nike Las Vagas Website.

Coach Michael Fowler said, “I have been playing basketball my whole life. I play in high school and through college. After college, that’s when I knew I wanted to be a coach.”

Basketball has not only been a great sport for many athletes to showcase their talents, but it has opened many great opportunities such as making lifelong friends.

Toby Onyekonwu, shooting guard, said, “Playing basketball has taken me to many places I thought I would never be. I’ve met so many new people I consider family.”

On Jan. 7, the Bengals took on the West Aurora Blackhawks in hopes for a victory.

As the game went back and forth the tension to score rapidly increased. The Bengals looked for an opportunity to shoot the winning basket.

With seconds on the clock the crowd fired up as the ball hit the rim but bounced off.  Although the Bengals fought hard to keep up with the Blackhawks, they ultimately fell short a point ending in a victory for the Aurora team (47 – 48).

With the playoff season creeping up starting March 2, the Bengals said they are focusing on winning those games. Even through a rough season, athletes said they will continue to stay positive and motivated.

Fowler said, “I have love for the game, you should come out here if you love basketball and play, that’s the only motivation you really need to play.”

The passion carried by the players is obvious through their devotion to the sport. Athletes are consistently challenged mentally and physically, but their dedication allows them to persevere.

Assistant Coach Scott McBride said, “We don’t look to really win a game more than we look to better ourselves and grow as individuals.”

In preparation for the playoffs, the basketball team has been working on plays, skills, and the fundamentals in practices.

Senior Jacob Rodriguez, shooting guard, said, “Our main goal at the moment is to focus on winning a playoff game.”

The playoff game allows for schools to showcase players to college coaches and build up their reputations.

Come out and support the Bengals at the next home game on Feb. 21 against Joliet Central.